As a break from my usual topics I am going to talk about what I did over the weekend. 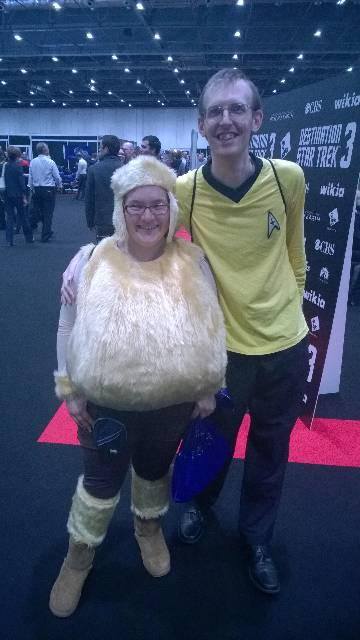 I am a huge star trek fan, so me and my wife Laura went to Destination Star Trek, a convention held in London. This is a picture of us in costume, my wife created a tribble costume (A tribble is an alien race that just consists of a ball of fur) and I am wearing an original series captains uniform. We had a great time.

There are several things that made this trip special.

This is just a taste of what I got up to, there was lots more, like seeing alien costumes, listening to talks, sitting on a mockup of the bridge. Only one way to end this post, Live Long and Prosper!