Baby Magic and Becoming a Father

I am pleased to announce the birth of James David Martin Foster weighing 9 lb 12 on 19th August 2015.

Mother and Baby (and Father) are doing well.

I am not a baby person, I hate children and I run a mile from other people’s babies.

But James performed some magic on me and now I will do anything for him. If you have had children you probably know what I am talking about and if you haven’t you are probably like me 24 hours before James arrived.

During the pregnancy I had been living in denial that I would become a father, despite the wife speaking about nothing else and our home filing with baby equipment. It was only minutes before I first saw my son that I changed.

Due to James’s large size, the birth wasn’t easy. After about an hour of pushing the midwife called in a team of doctors and nurses to help and I think it was at this point that it started to hit me. I am not an emotional man, if anything I tend to repress my feelings but I completely and utterly failed to do that on this occasion. By the time the baby had been placed on my wife’s chest tears of joy were streaming down my face and this continued for some time. Moments after birth James had a tight grip on my finger. His tiny hands were like miniature versions of my own hands. 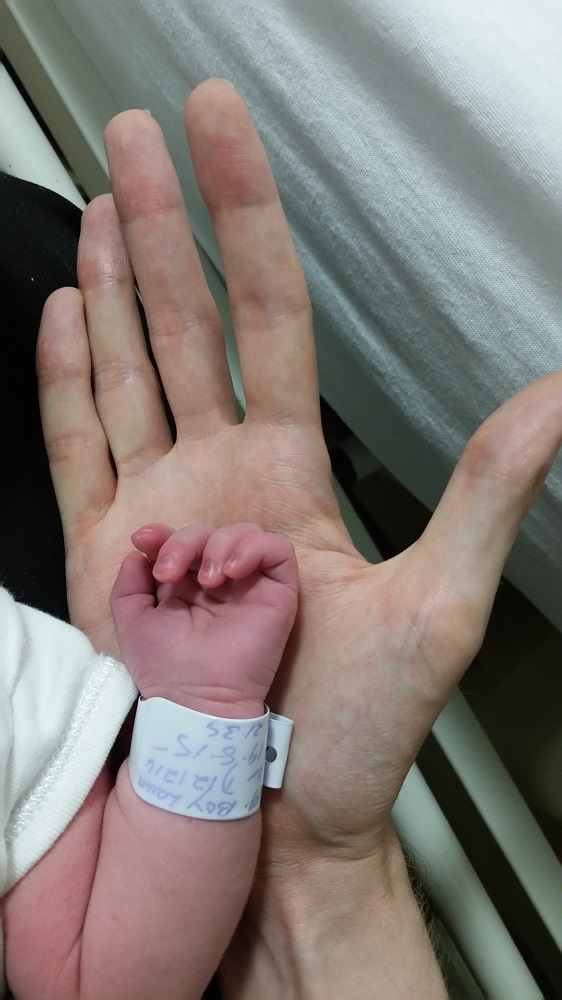 I have been asked what it felt like holding James in my arms for the first time, this happened on the following day. I am not sure if I can put it into words, but a few adjectives come to mind, amazing, great, fantastic, humbling. James depends on me (and his mother) for everything and his existence has put a new spin on everything I do. I want to be there for him, help him learn stuff, provide for him and love him.

I have been working very hard recently, spending my free time writing this blog, learning stuff and doing other work. The reasons for this hard work are now clear, I work so I can provide for James and so I can spend my free time with him.

Before James arrived I had it in my head that his mother would do the majority of the caring for him. This is not going to happen now that I have met James. I want to cuddle him, change his nappies, dress him, hold his hand, take him to school, watch TV with him, stroke his head when he is ill, tell him about my life experiences, introduce him to wine, tell him about girls, help him move home, etc.

I am not saying being a parent is going to be easy. I am pretty clueless about what is in store for us, but already I am worrying if he is OK, trying to calm him down when he is upset and being woken in the early hours.

Anyway only time will tell if I continue being this positive about fatherhood, but so far I am loving it. Normal blog posts will hopefully resume over the next few weeks (or when I have time).

Things to know before working on your database
Unmanaged Database Deployment