James goes on an adventure with Daddy

This weekend I took James on an adventure. As he is only 8 weeks old it was a fairly low key adventure but hopefully he enjoyed himself.

St Michael le Belfrey have been organizing an event for Dads once a month and this month I wanted to give it a go. I have been looking forward to going for a while. 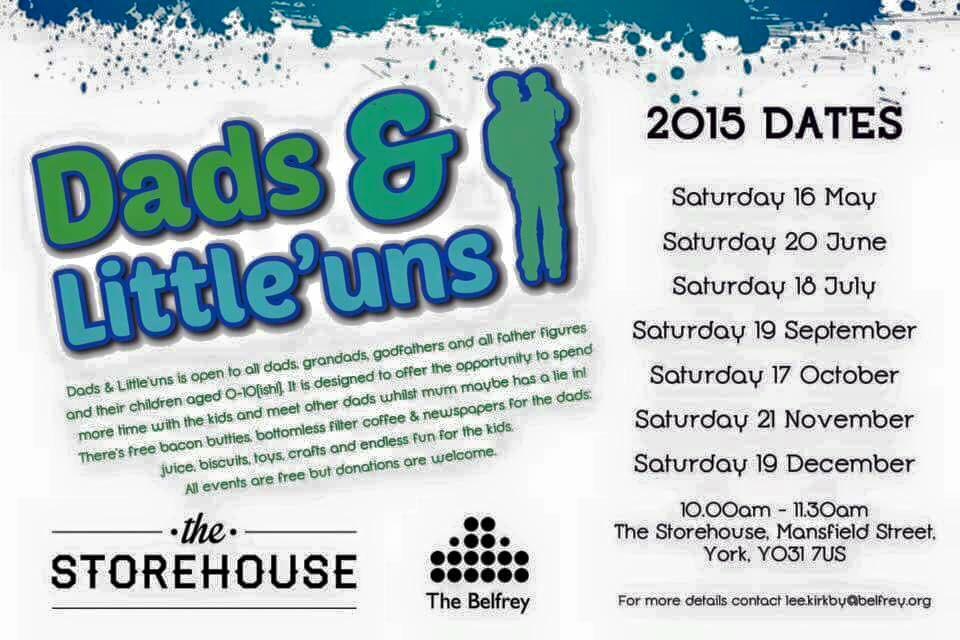 Looking after a baby is woman’s work. Now I am not being sexist but men are just not equipped. We can’t feed them, we don’t form the same emotional bonds and I suspect I am sleeping through the worst of his crying.

That said I still want to help and be involved in looking after my son. But my natural inclination is to let mummy do most things and help where needed. Going to this dads event was my first chance to do things without mummy being around.

So after James had his first feed and his bag had been filled with bottles of milk, nappies, change of clothes and all the other essential accessories for looking after a baby, I left the house with him strapped to my chest.

The event was very low key. Once I got there I unloaded James from my chest and was left to spend time with him with the occasional chat from other dads, offers of coffee and sausage sandwiches from the organizers.

James loves staring at the ceiling and the Storehouse had lots of bright lights for him to stare at. He also got to say hello to one of the other babies he has met before at church and the mums group my wife goes to. But it was not all smooth sailing, James didn’t like me sitting down, so I had to stand up holding him close to keep him calm. If I tried to sit down and offer him his bottle he would get grumpy.

I think it is great that there are events like this for parents. A lot of events are targeted at mothers which is as it should be as they have the majority of work to do, but dads need the odd event to support them as well. Hopefully me and James will be back for more adventures like this.

One of the things I am looking forward to as James gets older is taking him to places and spending time 1 to 1 with him like I did with my father. I don’t know what his interests will be but whatever it is I want to be there to encourage him.