Star Trek Episode Review The Best of Both Worlds 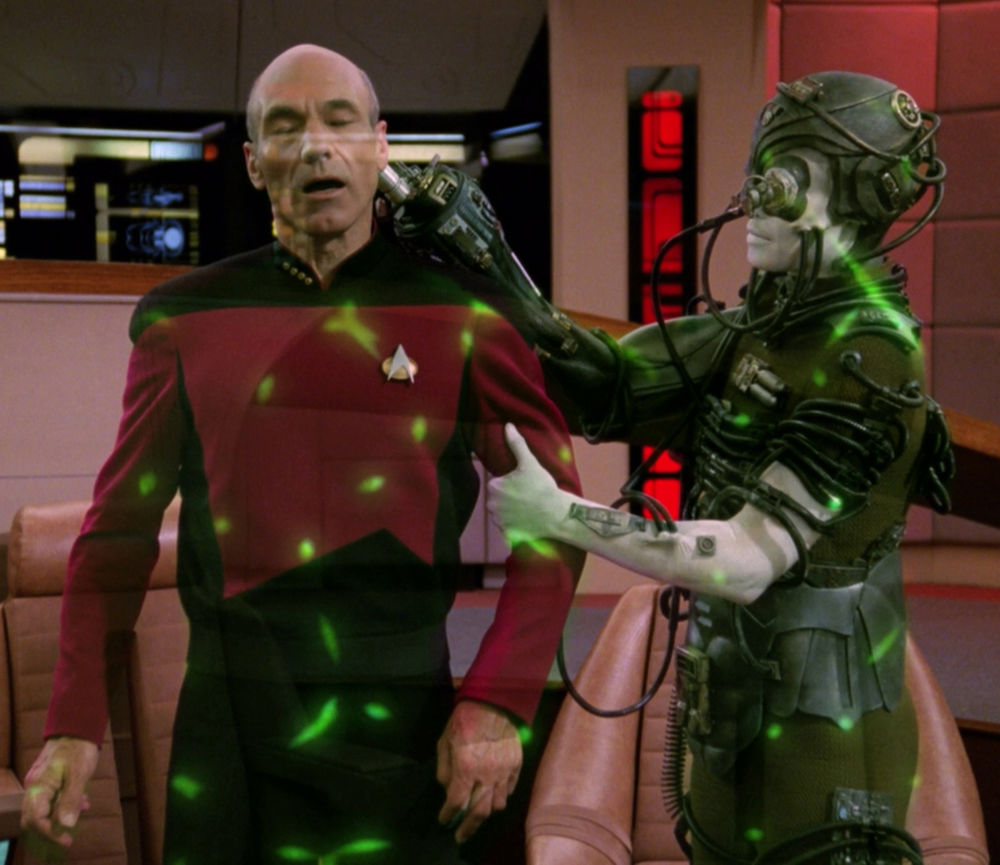 The Borg threaten the Federation, when they kidnap Captain Picard and destroy a fleet of 39 Starships. Luckily some original thinking from Commander Riker and Lieutenant Commander Shelby saves the Federation from assimilation.

Thoughts: I love this episode! It is probably my favourite episode in the whole of trek. I can’t think of a single scene which I don’t like.

It is a two parter that actually works best as a two parter. The moment that Riker orders the Enterprise to fire on the Borg is great. At the time some thought that Patrick Stewart might leave the show and be replaced by Riker/Shelby. I am very glad that didn’t happen but it is interesting to ponder what that might be like.

The Borg soundtrack in this episode is great. Ron Jones really captures the spooky threat that the Borg are. I was always disappointed that some of that didn’t continue in First Contact and when the Borg return in Voyager.

Commander Shelby is a great character that enhances the episode and introduces conflict between characters, particularly Riker.

In a future episode of DS9 Worf comments that he felt there was nothing that they couldn’t do during this time. I have to agree the tag team of him and Data is a great one. If I want rescuing it would be Data and Worf that I would want.

My good friends at Trekmate have just reviewed part one, why not have a listen?

My git repository is too large!
Coding myself into a corner